Con Dao National Park is one of only two terrestrial and maritime National Parks in Vietnam which encompass both terrestrial and marine natural resources. Con Dao has largely escaped the exploitation and destructive fishing that have been the fate of other reefs in Vietnam and is considered one of the best examples of marine conservation in the country. Although historically the French wardens forced prisoners to collect live coral and turn it into lime, the coral reefs have survived.

The Con Dao National Park was established in 1977, but protection extended only to the flora and fauna on land. The region was given protected status in 1984 and made a national park in 1993. The park now covers fourteen of the sixteen islands and their surrounding marine areas. The forest cover on the islands is dense: a sizable proportion is in pristine condition, particularly the humid hill forest growing above 500m above sea level. Over a thousand hectares of Con Dao National Park’s coral reefs survive in the shallow waters—a stark contrast to other areas of Vietnam that have low coral cover as a result of overexploitation, destructive fishing, and sedimentation. In 1998, the park was extended to include 14,000ha of sea together with an additional 20,500ha marine buffer zone. The Con Dao National Park officially covers 45,000ha, encompassing beautiful beaches and forests. It is home to 882 species of floral species, 135 species of animals, and more than 1,300 species of marine creatures. The park includes a part of the island and the surrounding sea. The national park is characterized by a diverse ecosystem. Many species of corals and especially the sea turtle are found here. In 2006, a delegation of UNESCO Vietnam representatives surveyed the area and concluded that the park is eligible to be a natural-cultural mixture world heritage The Vietnamese government is preparing necessary documents to submit to UNESCO soon. Con Dao’s environmental significance is recognized internationally and is included in the list of “Areas of highest regional priority” in The World Bank Global System of Marine Protected Areas. The entire marine area is rich in biodiversity: over 1,300 species of sea animals have already been identified. The ecosystems on Con Dao are favourable habitats for rare species such as the Hawksbill, Green Turtles & Dugong, the strange creatures popularly known as ‘sea cows’ and believed to be the source of the ‘mermaid’ legends from their habit of sunbathing on rocks.

The World Wide Fund for Nature has been active in protecting sea turtles and dugong. Since 1995, more than 300,000 baby turtles have been released to the sea and nearly 1,000 mature turtles have been tagged. Con Dao National Park is now considered one of the best examples of marine conservation in Vietnam, complete with regulations to limit fishing activities and prohibit destructive fishing, and is a model for marine conservation throughout the country.

The weather in Con Dao patterns differ from those on the mainland. Con Dao is located at a point where cool and warm ocean currents converge and create a localised climatic system. The wet season is from July to September when frequent fierce squalls buffet the west facing aspects of the islands. During this time visibility can be cut down to about 100m and the wind storms can last about half an hour and can be quite frightening. Swimming, diving and snorkelling can be dangerous. During this time the eastern face of the island is sheltered. In September, the currents and winds reverse thus exposing the east side of the islands to bad weather until January. The weather is calm all over the archipelago during the remainder of the year.

This unusual weather pattern allows swimming, snorkeling and diving to be an all-year-round activity. From January to June, conditions are usually calm all over the archipelago. 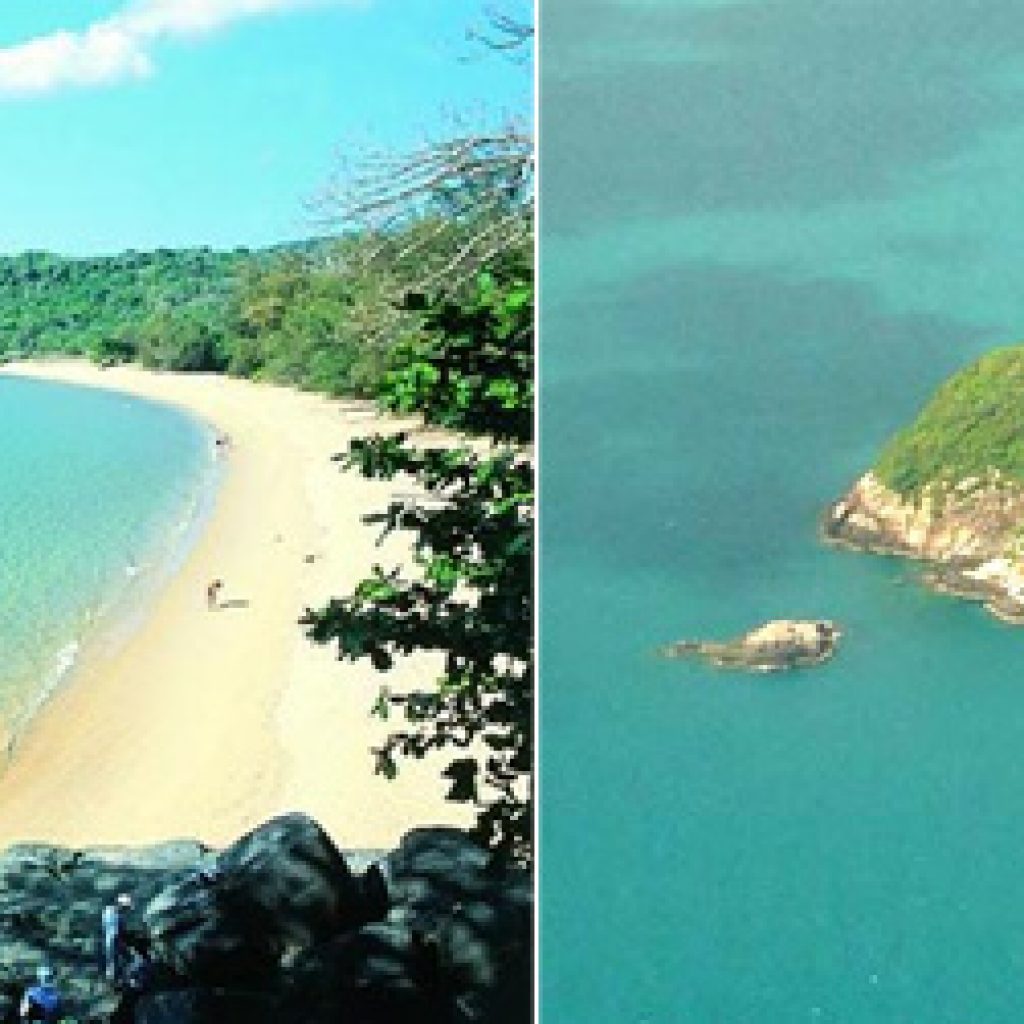